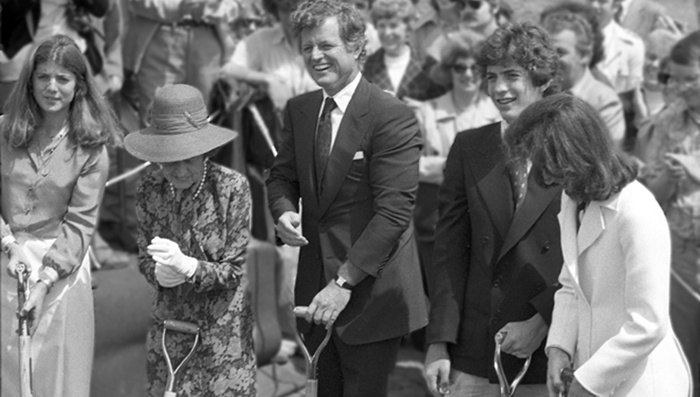 This partnership has benefited from the extraordinary generosity of individuals and organizations that helped launch and sustain our educational and public service programs. A display honoring the Founding Benefactors of the John F. Kennedy Library Foundation who made cumulative gifts of $100,000 to more than $1 million over two decades, was dedicated by Caroline Kennedy and Senator Edward M. Kennedy on November 27, 2006 and hangs in the Kennedy Presidential Library and Museum's Pavilion.

Their early generosity is an inspiration for all time.