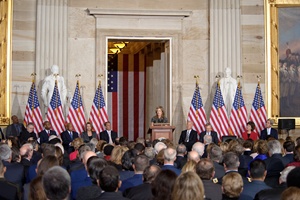 January 20, 2011 marked the fiftieth anniversary of John F. Kennedy’s Inauguration as the 35th President of the United States.

His Inaugural Address called a generation of Americans to serve their country – and they, in turn, have inspired the generations that have followed. During the anniversary season, 2011-2013, we sought to renew that inspiring call to service among today’s youth.

To celebrate the 50th Anniversary of JFK’s presidency, we brought forward his words and ideas to ignite the imagination of young people – and to challenge them to define their own call to greatness.

City Upon a Hill Sponsors