Due to the nor'easter, the JFK Library will be closed this weekend, on Saturday, January 29 and Sunday, January 30. 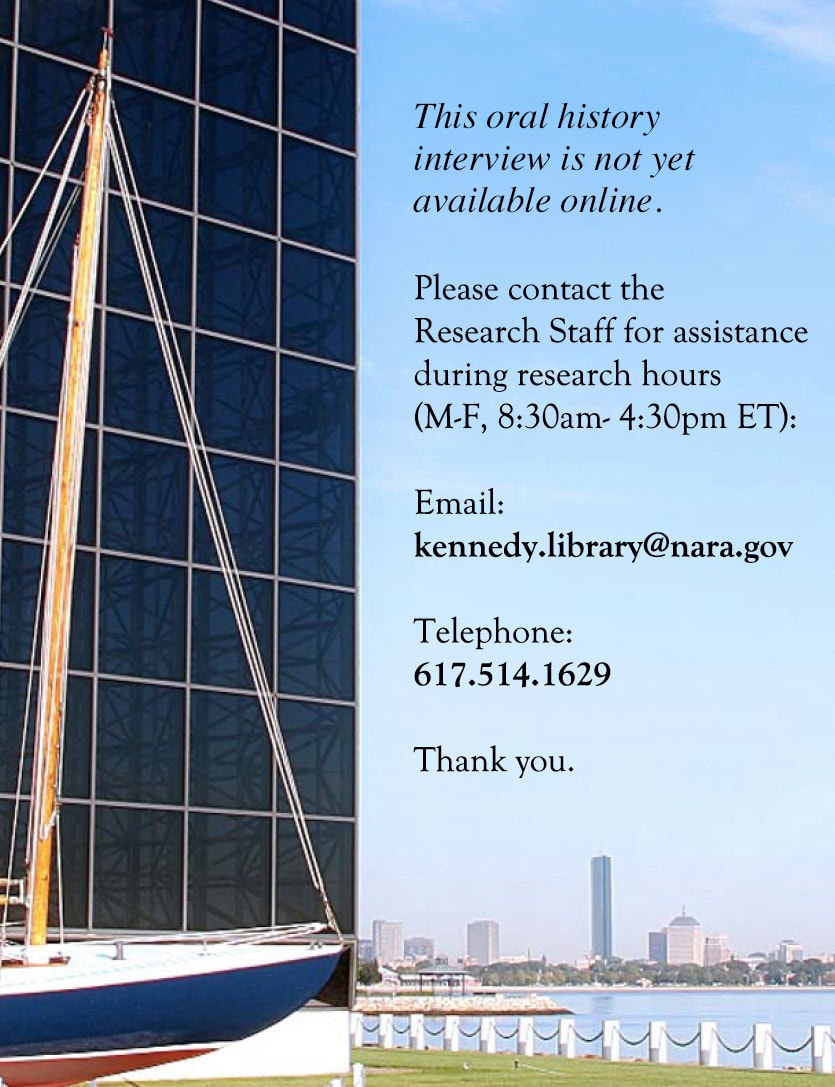 In this interview Robert F. Kennedy [RFK] discusses American aid to Argentina; American, British, and French involvement in Africa; the 1962 executive order about segregation in federally-funded housing; appointing African-American judges; changes John F. Kennedy [JFK] was contemplating in the Alliance for Progress; the Dominican crisis; the wheat sale to the Soviet Union; the Bobby Baker case; preparing for JFK’s 1964 campaign; RFK’s return to work after JFK’s assassination and disagreements among the Cabinet members and under President Lyndon B. Johnson; changes in White House staff and the Democratic Party; RFK’s political plans for after 1964; and JFK’s opinions of his staff and appointees, among other issues.
Date(s) of Materials:
14 May 1964