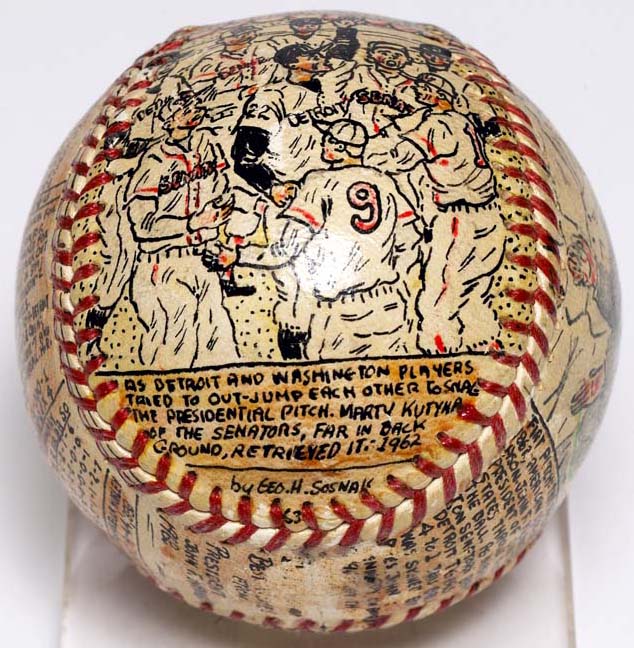 A baseball decorated in ink with scenes of the opening day game between the Washington Senators and Detroit Tigers which was played on April 9, 1962, including that of  President Kennedy throwing out the game ball. Also depicted on the ball are the box score and lineup. The baseball is inscribed to Ed Rohan from President John F. Kennedy.