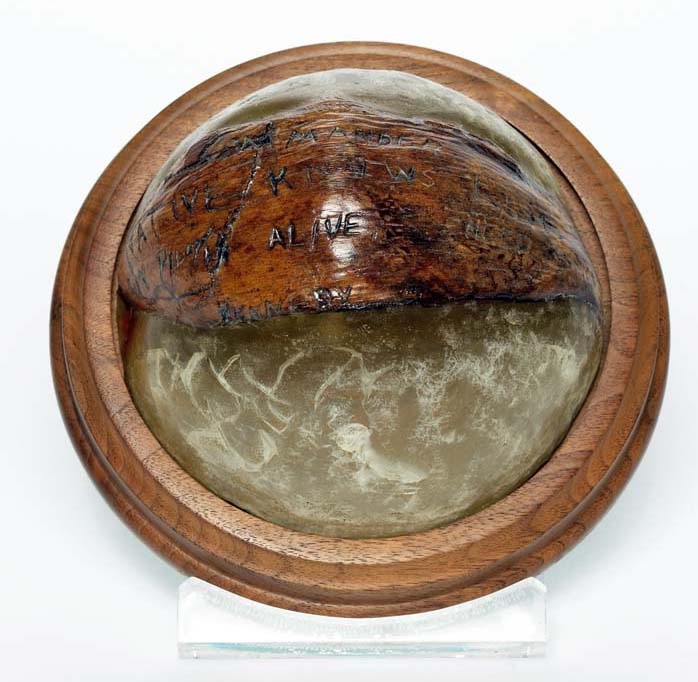 A Coconut shell with message from Lieutenant John F. Kennedy carved on the surface. After the crash of his PT 109 boat, Lt. Kennedy gave the coconut to two natives to deliver to PT base at Rendova so he and his crew would be rescued. His father later had the coconut shell encased in plastic on a wood base and President Kennedy used it as a paperweight on his desk in the Oval Office.