"A symbol of excellence, a badge of courage, a mark of distinction in the fight for freedom." -President Kennedy on the Green Berets, April 11, 1962

President John F. Kennedy was visionary in his efforts to increase the capability of the United States Department of Defense in the conduct of Counter Insurgency and Unconventional Warfare. He recognized the unique capabilities and value of US Army Special Forces -“Green Berets”- in the struggle against despotic insurgency, and ensured their predominance in his global initiatives for freedom.

On October 12, 1961 the president visited Fort Bragg and the US Army Special Warfare Center, home of Army Special Forces. In the course of their meeting, the President asked Brigadier General William P. Yarborough, “Those are nice. How do you like the Green Beret?" General Yarborough replied, "They're fine, Sir. We've wanted them a long time."

After an impressive capabilities demonstration by General Yarborough and his “Green Berets,” the Commander in Chief sent a message to the General which read in part:

The challenge of this old but new form of operations is a real one and I know that you and the members of your Command will carry on for us and the free world in a manner which is both worthy and inspiring. I am sure that the Green Beret will be a mark of distinction in the trying times ahead.

Soon after, the president authorized the “Green Beret” as the official headgear for all US Army Special Forces and these Unconventional Warriors were thereafter and ever known as “The Green Berets."

The president further showed his unfailing support for Special Forces in publishing an official White House Memorandum to the US Army dated April 11, 1962, which stated in part that “The Green Beret is again becoming a symbol of excellence, a badge of courage, a mark of distinction in the fight for freedom."

Within two years following the president’s fateful visit to Fort Bragg, the Green Berets would expand their ranks by four additional Groups on active duty and four new Groups in the National Guard and Army Reserve. Already active in several overseas locations, Green Berets were soon deployed to an even greater number of countries and in greater strength across the globe- from Europe to Asia, throughout Central and South America and into the continent of Africa.

But a dark cloud would descend upon the Special Forces and the United States on November 22, 1963. Within hours after the president’s untimely passing, close members of the Kennedy family requested that Green Berets participate in the Honor Guard for his funeral. The Special Warfare Center immediately published orders for forty-six Green Berets to travel to Washington, DC on the following day.

On the day of the president’s funeral, a leading member of that contingent, Command Sergeant Major Francis Ruddy, removed his own Green Beret and placed it solemnly upon the president’s grave. This green beret is now on permanent display in the Museum at the John F. Kennedy Presidential Library and is displayed in memory of President Kennedy and in memory of all Special Forces soldiers, especially those who gave their lives while in service to the country. Today, the John F. Kennedy Special Warfare Center and School, located at Fort Bragg, North Carolina, serves as the Army’s special operations university.

For decades to follow, Green Berets would honor President Kennedy by laying a Green Beret wreath at his grave at Arlington National Cemetery, an honored tradition that continues to this day. 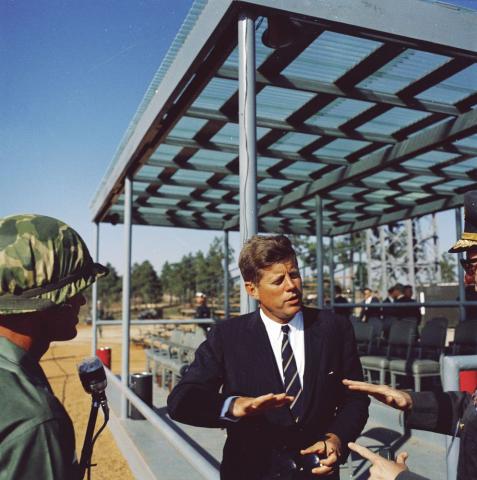 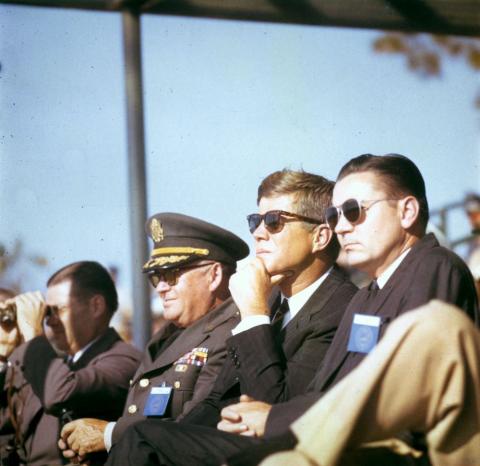