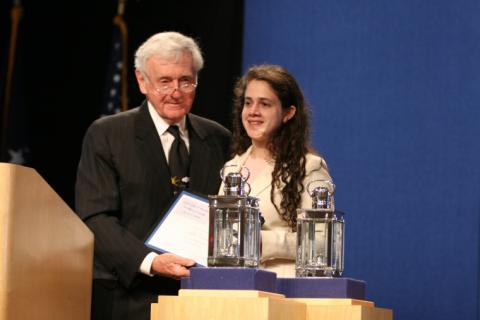 In 1956, when John F. Kennedy wrote Profiles in Courage, he asserted that elected officials have an obligation to “lead, inform, correct and sometimes even ignore constituent opinion” if doing so serves the nation’s best interest (Kennedy, 15). Seven years later, the truth of these words was demonstrated when President Kennedy called upon Ivan Allen, Jr., the mayor of Atlanta, to testify in support of the groundbreaking civil rights legislation he was urging Congress to enact.  In making this request, President Kennedy set the stage for Mayor Allen to examine his conscience, defy the opinions of many contemporaries, and take a brave stand against segregation.

The President’s selection of Ivan Allen, Jr. as a witness was a logical choice.  Although Allen was a grandson of a Confederate cavalryman and had unsuccessfully run for governor of Georgia on a pro-segregation platform in the early 1950s, his civic involvement since then had caused him to reevaluate his beliefs on race relations.  In 1961, as President of Atlanta’s Chamber of Commerce, Allen helped black leaders and white businessmen reach an agreement to end segregation at downtown lunch counters (Suggs).  Later that year, when Allen was elected mayor, he received the majority of black votes.  Once in office, he removed the “colored” and “white” register signs from City Hall, gave black policemen the power to arrest whites, appointed the first black firemen, and ordered the desegregation of city ballparks and swimming pools. However, his first years in office were not perfect with respect to race relations.  He erected (but later tore down) physical barricades between a black neighborhood and a white neighborhood in southwest Atlanta in an attempt to halt “blockbusting” by black realtors.  But overall, in his efforts to have Atlanta seen by the outside world— and by itself—as “the city too busy to hate,” Allen had done more than any other Southern politician to advance racial equality (Hyatt).

In June 1963, President Kennedy urged Congress to issue a major new law, a civil rights bill that would eliminate discrimination in restaurants and hotels and other public facilities.  In early July, Kennedy contacted Mayor Allen and asked him to testify in support of the legislation.  Allen was proud that the President had called upon him, but he felt that his testimony would not be important enough to help the bill pass.  He also worried that actively supporting the law would cost him re-election, because many voters in Atlanta opposed the legislation (Pomerantz, 315-318).

However, as the Mayor studied the proposed law, he found he wanted to work to support it.  He believed that voluntary desegregation had accomplished as much as it could, and that direction from the federal government was necessary if  further steps to racial equality were to take place.  Allen met with black community leaders to discuss his growing desire to speak publicly in favor of the law.  Martin Luther King, Sr. and several other black leaders urged him not to testify, telling him he was “too valuable to sacrifice” by giving testimony that might not be necessary for the law to pass   (Pomerantz, 319).  Finally, Allen’s wife put into words the result of all his thinking.  She told him, “You’ll have a hard time living with yourself the rest of your life if you don’t do it….I don’t think you can be re-elected if you do go, but if you feel its right, then go and accept the consequences.” (Pomerantz, 318).

On July 26, 1963, Ivan Allen, Jr. appeared in Washington to testify in support of the Civil Rights Act.  Traditionally, United States senators introduced witnesses from their home state, but because both senators from Georgia opposed the bill they were absent from the proceedings. (Suggs). Instead, Charles Weltner, a junior congressman from Georgia, introduced Allen. [1]  Mayor Allen testified that in Atlanta specific problems had been solved by the cooperation of people of  both races.  He said, though, that further action was necessary, but could not take place without federal legislation.  He  also warned that Congress’s failure to pass the bill would be seen as endorsing discrimination by private businesses (Barry). Finally, he called segregation “slavery’s stepchild” and urged Congress to “make every American free in fact as well as in theory” (Pomerantz, 321).

Most newspapers in Georgia wrote editorials blasting the legislation and Allen’s testimony in its support.  He received many hateful and vicious letters condemning him for endorsing the bill. Writers called him “Benedict Arnold” and suggested he “do the city of Atlanta a favor and jump” from his executive office (Pomerantz, 320-21).  However, opinion changed fairly quickly – by the time the Civil Rights Act of 1964 became law, one year after Allen’s testimony and eight months after President Kennedy’s assassination, Atlanta was much more positive about the role the Mayor had played.  When Allen ran for re-election later that year, he received a majority of votes from both black and white residents of Atlanta (Martin).

Ivan Allen, Jr. was the only prominent Southern politician to testify in behalf of the Civil Rights Act (Martin). In doing so, he lost the favor of many friends and constituents, and he risked his political career.  Fortunately, he was re-elected, and was able to guide Atlanta in its transition to equal rights, putting into practice the principles he had so bravely testified to before Congress. As one historian noted after Mayor Allen’s death on July 3, 2003, the mayor served as a “human bridge”, carrying many in the South away from discriminatory attitudes and actions and towards a more egalitarian society (Martin).

[1] Congressman Weltner continued to be a strong supporter of civil rights. In 1966, when Lester Maddox, an advocate of segregation, became his party’s nominee for governor, Weltner chose to withdraw from his own race for re-election rather than support Maddox or violate the oath of loyalty he had signed to support his party’s candidates. He received the JFK Profiles in Courage Award in 1991. www.jfklibrary/org/pica-recipients.html.

Charles Hyatt, “The Man Too Busy to Hate” Gtalumni.org/StayInformed/magazine/sum90/allen.html.