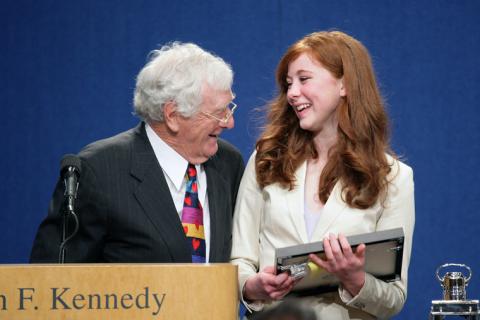 In the league of capital punishment and abortion rights, the gay marriage debate ranks as one of modern America’s most incendiary political issues. Since 1969, when a police raid sparked public rioting at Manhattan’s Stonewall Inn bar, the gay-rights movement has never been absent from the national spotlight for long (Cloud, 2003). In over forty U.S. states, same-sex marriage has been outlawed or constitutionally banned (Goodstein and McKinley, 2008). Since November 2008, California has served as the main battlefield for gay-rights groups and conservative voters (McKinley, 2008). With such sensational controversies occupying the headlines, it is easy to miss a story like Nicholas D’Adamo’s.

In 2001, Nick D’Adamo would have seemed the unlikeliest of gay-rights advocates. For the past fourteen years, the Democrat had served as City Councilman for a conservative Roman Catholic neighborhood in East Baltimore (District 2, 2009). His district was home to twenty-eight churches, and he himself was a faithful Mass attendee. He had no record of promoting same-sex unions; in fact, D’Adamo had opposed a bill in 1993 to give health benefits to gay and lesbian city employees’ partners (Best Act, 2001).

Considering this knowledge, it might seem baffling that on February 22, 2001, the same D’Adamo walked up the steps of Baltimore’s City Hall and introduced a bill to give gay partners the hospital, prison, and funeral rights enjoyed by straight couples (Ordinance, 2003). Politically speaking, it was a disastrous move. When The Baltimore Sun ran an article on the Councilman’s proposal, D’Adamo found himself bombarded by a deluge of angry phone calls. His constituents were outraged; childhood friends called to complain; D’Adamo’s own mother agonized over the shame her son had brought upon the family (Olesker, 2004).

What happened? Why would a politician place himself in the proverbial line of fire to further a cause that he had previously opposed? The day after his story broke, D’Adamo sat quietly behind his desk at City Hall. It had begun, he told the reporter there, with a number of gay constituents who had appealed to him for help. They told D’Adamo of the pain of being barred from their partners’ sickbeds or funerals by family members who could not accept that their beloved relative was gay. After hearing half a dozen such stories, D’Adamo’s formerly black-and-white view of same-sex marriage was graying. He explained: "I look at some of these couples, and you can see on their faces the love they have for each other. And I started thinking to myself, 'Who am I to judge?'" (Olesker, 2004).

D’Adamo’s solution was to create a city registry for same-sex partnerships that would give gay couples key hospital, prison and funeral rights (Best Act, 2001). He knew that his action would anger, disappoint or alienate his base of support. He was not seeking political advancement or praise. He was simply executing his duty as he saw fit to protect the rights of all Baltimore’s citizens. Most of the voters who had put him in office opposed his action, but D’Adamo believed that it was the right thing to do, and he did it (Best Act, 2001).

Serving the public good by disregarding public opinion may seem at odds with the American philosophy of democracy, but as President Kennedy wrote, elected officials, “must on occasion lead, inform, correct and sometimes even ignore constituent opinion, if we are to exercise fully that judgment for which we were elected” (p. 17). Sometimes, these acts of courageous independence are needed to preserve the values, precedents and liberties that define this great country. When an elected official is dictated by voters to ignore his or her own sense of justice, a valuable piece of the American representative system is lost. Americans elect representatives to serve the city, state or nation’s highest good. Popular opinion may not always point in the direction of progress and justice, and at those times it is the duty of elected officials to rely on their own judgment and conscience for guidance. In John F. Kennedy’s Profiles in Courage, a deeply independent Senator named Lucius Lamar remarked that the vote of an official who constantly pandered to popular opinion “would simply be considered as an echo of current opinion, not the result of mature deliberations” (p. 169). Councilman D’Adamo was able to rise above the fear of public condemnation, not to mention his own lifelong prejudices, to see clearly.

D’Adamo’s act of political courage never achieved the infamy of cases like Massachusetts’s gay marriage ruling or California’s Proposition Eight. His bill sat in the city’s Judiciary and Policy Committee for nearly a year while report after report was written; then it was shuffled to the Judiciary and Legislative Investigations Committee, where it remained for another 12 months. When it became clear that the legislation would not pass, D’Adamo was forced to withdraw the bill, almost two years after he introduced  it (Ordinance, 2003). He did manage to hold his seat in City Council. D’Adamo acquired a citywide reputation for his refusal to vote the party or district lines on demand, which eventually won him a degree of trust from voters. As he described, “People might not like me, but they respect my independence” (Chalkley, 2004). He continued to serve the people of Baltimore by working to combat crime, increase police effectiveness and improve the city’s public education (Chalkley, 2004).

Yet D’Adamo’s brave attempt planted a seed in the city of Baltimore; it introduced a discussion of civil unions that had never been officially opened. That small seed finally flowered on March 17th, 2008. On that day, Baltimore’s City Council adopted a bill expressing its support of marriage licenses for gay couples in the state of Maryland (City Council Resolution, 2008). The Council’s collective statement stressed that “denial of marriage to same-sex couples is the denial of a fundamental civil right” (Council Bill, 2008).  Controversial proposals such as gay marriage rarely succeed at first attempt. It was Nicholas D’Adamo who paved the way for the new bill by taking a courageous stand for an unpopular cause. He risked his standing in the community and even his position to seek justice for a beleaguered minority. One can imagine D’Adamo’s pride on March 17th, 2008, when he beheld the resolution and voted, “Yea” (Journal, 2008, p.31).