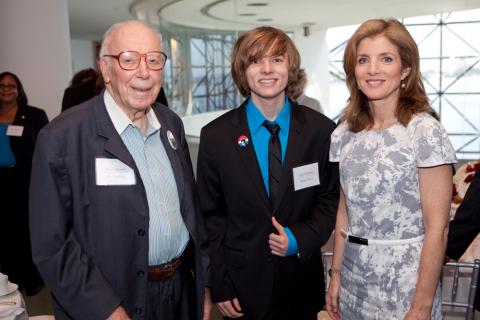 West Virginia Congressman Ken Hechler paused only briefly before beginning to type. Once he began, he could not hold back the outrage he felt. As the words tumbled onto the page, the congressman’s anger poured into his “declaration of conscience.” “Coal miners don’t have to die,” he lamented. “In a civilized society, it is nothing short of criminal to allow the present conditions to continue in coal mines” (qtd. in Hume 75). Still reeling from the shock of the Farmington coal mine explosions that claimed seventy-eight lives just a few days earlier on November 20, 1968, U.S. House Representative Hechler vowed to find a way to require the coal industry to place the health and safety of miners above profit (Hechler, “Transcript”). “Coal miners have the right to live, to breathe and to be protected by twentieth-century safety standards,” he proclaimed (qtd. in Hume 75). In a bold act of political courage for a politician from a coal producing state, Representative Hechler defied coal companies and bravely led the way for passage of the Federal Coal Mine Health and Safety Act of 1969. “That explosion galvanized me, convinced me that something had to be done,” he said, even though the disaster was outside his district (qtd. in Armbrister 37).

Just as John F. Kennedy was cautioned that “the way to get along is to go along” when he entered the Senate in 1953 (Kennedy 4), politicians in West Virginia privately conceded that their survival in politics was dependent on “going along” with the interests of the dominant coal industry. In Appalachia, a complex, love-hate relationship existed with coal. Mining the deep, rich seams of black rock provided jobs for an impoverished region. Coal “wasn’t just a significant part of the economy, it WAS the economy” (“Ken Hechler: Still Green”). Yet, miners felt the industry considered “the mule . . . more important than the man” (Coal Country). Futile attempts by government to regulate coal operations were peppered with numerous loopholes making them useless (Moffat 222). By 1968, legislation mandated mine inspections, but lacked enforcement measures.

In the aftermath of Farmington, despite the pressures for conformity, Hechler openly criticized the hazardous practices of coal operators and the corruption of the United Mine Workers’ (UMW) leadership (Lewis-Beck and Alford 746). With forty-nine violations in the two years prior to the explosions, the coal executives at Farmington knew dangerous conditions existed in the doomed mine and had done nothing to improve safety (Nyden “Excerpt 1”; Armbrister 35). The UMW leadership praised the mine’s safety record and declared, “As long as we mine coal, there is always this inherent danger in explosion” (“Nyden Excerpt 2”; “Underground Revolt” 94). Hechler was infuriated by their blatant disregard for lives. Both groups were stunned when Hechler did not automatically “go along” to support them (Hume 75). “If serving in Congress means giving up to powerful interests and lying down and doing nothing, I’d prefer not to be here,” Hechler asserted (qtd. in Moffat 233-34).

Hechler moved swiftly to insist upon comprehensive reforms that included mandatory penalties for violations, stringent safety standards, and compensation for miners disabled by black lung (“Too Late for 78” 36). He felt the UMW shortchanged miner health and safety (Moffat 210) and had a “private conspiracy with [coal] management which [had] resulted in . . . high accident rates, high levels of coal dust and high incidences of black lung” (“Mine Safety” 278). On January 26, 1969, Hechler prominently displayed a twelve-pound chunk of bologna to a crowd of miners as his description of the UMW’s position on miner health and safety (Armbrister 50; Hume 83). In response, the UMW called him “a monkey searching for a flea,” (Moffat 216) “a jackass . . . making braying noises at one end and unrestrained noises from the other” (218) “ a fink,” “spy,” “stool pigeon,” (Hume 84) and compared him to Joe McCarthy (86); much of which was promptly published in the UMW Journal (84).

Hechler received letters from irate coal executives and miners within his district withdrawing their support for him. Colleagues from his state delegation rushed to the industry’s defense while ridiculing and belittling Hechler (Hume 87-88; Moffat 216-17; Ken Hechler: In Pursuit of Justice). A group of fifty miners came to his Washington office to harass him (Hume 219). FBI records revealed that murderer Paul Gilly, hired by the UMW, had attempted to kill Hechler, but a crooked mountain road had “prevented his getting a bead” on him (Moffat 221). Refusing to be intimidated, Hechler observed, “I don’t have as many friends as I use to. I was meek and quiet for a long time, but you have to choose at some point if you want to be a good, popular guy or be an S.O.B. to accomplish something” (qtd. in Moffat 223).

By February 6, 1969, Hechler had drafted and introduced a new mining bill (Armbrister 50) declaring “the first priority of all in the coal and mine industry must be the health and safety of its most precious resource – the miner” (U.S. Congress). Hechler’s primary focus was to ensure passage of an effective bill (Moffat 223). He hired an attorney to monitor committee deliberations (Hume 160). To avoid compromise, Hechler purposefully remained off of the committees reviewing the legislation (Moffat 222). Instead, he maneuvered to add nine amendments to the bill when it was debated in the House (Armbrister 137). When President Nixon indicated he would veto the act, Hechler invited the Farmington widows to Washington at his personal expense to press for passage of the measure (Ken Hechler: In Pursuit of Justice, “Coal Mining”). Nixon relented and quietly signed the Act into law on December 30, 1969 (Armbrister 165; Moffat 223).

The Mine Safety & Health Administration praises the law as “the strongest and most comprehensive occupational safety and health protections that had ever been enacted in the U.S.” (Main). Hechler’s courageous refusal to “go along” with coal’s special interests led to sweeping reforms that saved thousands of lives. Believing that government is responsible for restraining those practices that exploit the public (Hechler, Congressional Digest 140), Hechler continued with stalwart courage to oppose corruption, strip mining and mountaintop removal practices. After being arrested at the age of ninety-four for protesting against mountaintop removal mining, Hechler did not hesitate as he typed a new declaration. “I used to be an agitator,” he began,” then an activist. Now I am a hell-raiser” (qtd. in Biggers). In Profiles in Courage, Kennedy affirmed that, “Each man must decide for himself the course he will follow” (225). Ken Hechler has courageously done just that.

Hechler, Ken. “Should the Federal Government Assume a Direct Role in the Regulation of Surface Mining? Pro." Congressional Digest 53.5 (May 1974): 140+. Microfilm.