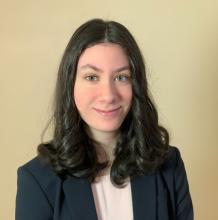 U.S. President John F. Kennedy told us, “A nation reveals itself not only by the men it produces but also by the men it honors, the men it remembers.” (“John F. Kennedy Quotations”) America honors many courageous people who have brought about much-needed change in our country, such as Martin Luther King Jr. and Elizabeth Cady Stanton, but what about those brave individuals whose actions go unnoticed and unremembered by many of the American people—those whose struggles and efforts are passed by because they have not commanded the undivided attention of the country? One such person is former mayor of Camden, New Jersey, Dana Redd.

One could say Redd’s political career began in 1976 at the age of eight when she received a letter from her father while he and her mother were on a weekend vacation. In the letter, he asked his daughter to one day do something extraordinary that would restore Camden to the way he once knew it. (Aleardi). The tragic death, or possibly murder, of her parents that weekend would instill the motivation for her to later carry out her father’s wishes for her hometown.

Decades later, on January 5, 2010, Democrat Dana Redd became the first black woman to hold the mayoral position in Camden. (DiUlio) It was the first of many unprecedented things she would accomplish during her two terms as mayor. Redd had been given charge of a city filled with crime, poverty, and violence. As mayor, she now had the resources to change all of this. In 2013, with one year left in her first term, Redd made the radical decision to disband the entire Camden Police Department. (DiUlio) There were many factors that led up to this decision, such as police not responding to calls and a significant number of officers not showing up to work. (“Camden Gambles on Firing Police”) Overall, there had been 5,927 crime incidents in Camden during the previous year. (“Camden Crime Rate Report”) That made Camden one of the most dangerous cities in the United States. (“Camden Ranks Most Dangerous City”)

Redd did not jump to the drastic decision to lay off the whole police department and rebuild it without thinking it through. She “had spent several months trying to negotiate concessions with public safety unions that might have prevented the layoffs…But the unions wouldn’t submit, and Redd maintained that she had no choice but to proceed with the firings.” (DiUlio) Redd’s plan involved firing the current police force, rehiring some, and making a county-run police department.

There were many in opposition to this plan, from local officials to criminal justice experts to Camden citizens. The chair at the John Jay College of Criminal Justice, Maria Haberfield, said, “Creating a new department is a completely misguided approach to effective policing.” (Maciag)

The president of the police union, John Williamson, also expressed his concerns. He said, “Not only are you playing with people’s lives, you’re playing with the public’s lives.” (“Camden Mayor’s Decision to Dismantle Police Force Stirs Up Controversy”) Some citizens formed a petition to stop the dismantling of the police department. (Landergan) However, Redd stood firm in her decision to disband the department in spite of her plan’s unpopularity and even danger. “I think there were times when she feared for her own safety, but she put the residents’ interests first,” said Camden County Freeholder Director Louis Cappelli Jr. (Aleardi)

Redd faced the challenges Kennedy highlighted in his book, Profiles in Courage​​, as the very definition of politically courageous acts. The first one he discussed was “a form of pressure rarely recognized by the general public.” (Kennedy) Redd certainly faced public opposition by Camden citizens, as nothing like this had ever been done before in New Jersey. The second thing Kennedy elaborated on was the uncertainty of re-election. Even though Redd’s first term was coming to an end, she still made the unpopular decision to disband the Camden Police Department: “I don’t make my decisions based on [my] re-election prospects...I’m not positioning myself for re-election. I’m just doing what I think is best for Camden.” (Camden Gambles On Firing Police”) She was doing what she believed to be best for her city, even if it could cost her the election. Finally, Kennedy wrote, the third challenge was “the pressure of his constituency, the interest groups, the organized letter writers, the economic blocs, and even the average voter. To cope with such pressures, to defy them or even to satisfy them, is a formidable task.” (Kennedy) Redd was under the scrutiny of many. “Because it’s never been done before, we’re being watched nationally and statewide,” she noted. (“Camden Gambles On Firing Police”)

Redd’s decision to disband and reform the Camden Police Department did in fact help the city. According to police data, in the first quarter of 2014, after her plan went into effect, crime rates dropped significantly. For example, incidents of violent crime dropped from 398 to 304, and car robberies were reduced by nearly half. (Aleardi)

In 2020, Redd’s work in Camden is still looked to as a good example of police reform. With the well-publicized death of George Floyd at the hands of a few Minneapolis police, it became obvious to many that some police officers needed to be educated in more humane tactics. The city looked to Redd’s work for inspiration; as described in the Philadelphia Inquirer, “When the Minneapolis City Council pledged…to disband that city’s troubled police department, some law enforcement experts and others pointed to Camden.” (Steele and Walsh)

Even though Redd’s ideas were unpopular and controversial, she still did what she knew was right. Redd worked hard for the people who elected her and had Camden’s best interests at heart. Her actions and successful re-election are perfectly described by the words of John F. Kennedy: “The true democracy, living and growing and inspiring, puts its faith in the people —faith that the people will not simply elect men who will represent their views ably and faithfully, but also elect men who will exercise their conscientious judgment—faith that the people will not condemn those whose devotion to principle leads them to unpopular courses, but will reward courage, respect, honor, and ultimately recognize right.” (Kennedy)

Steel, Allison, and Sean Collins Walsh. “Camden Disbanded Its Police Department and Built a New One. Can Others Learn from It?” The Philadelphia Inquirer, 14 June 2020, www.inquirer.com/news/camden-police-defund-minneapolis-george-floyd-protest-20200609.html.