Picture It: JFK in High School

How do historians gather information about a person to write a biography?

National Council for History Education
History’s Habits of the Mind 3, 8 and 10

The students should be familiar with the terms observation and inference. They should have some background knowledge about John F. Kennedy.

This photograph was taken around 1934 during Jack’s high school years at the Choate School in Connecticut. He was about 17 years old at the time. With snow in the background, the photograph was probably taken on school grounds in the winter or early spring. In a relaxed pose, Jack and his three friends, Ralph “Rip” Horton, Lem Billings, and Butch Schriber (left to right), appear at ease with one another, as young friends might be for the camera. Jack and his companions are dressed in the fashion of the time for boys attending an elite boarding school. Notice how all the young men are wearing shirts and ties, and sporting hairstyles of the era. Jack’s face seems somewhat pale and thin, perhaps from a recent illness; his poor health plagued him throughout his life. Notice, too, how he holds a golf club in his hand. He was a member of the golf team and also played football and basketball at Choate.

Joseph Kennedy sent both Jack and his older brother, Joe Jr., to Choate, a private boarding school, during the Great Depression. These four friends, with several others, formed a club called the Muckers, a name they adopted after the headmaster used this term to rebuke boys he considered “troublemakers” in the school. In his senior year, Jack was nearly expelled from Choate for his antics as a Mucker, but after disbanding the group, he was allowed to stay. He graduated in the middle of his class and was named “most likely to succeed” by his classmates.

In this lesson students examine a photograph and make observations and inferences about what they see. They pose questions and consider the historical context of the photograph. After comparing their inferences to information provided by the teacher and secondary source material, they write a creative and informative caption for the photograph.

Ask students to write a caption that provides information they think readers should know about the photograph. The caption should go beyond a description to shed new light on the image. Their writing should reflect their observations, inferences, and questions about the photograph. 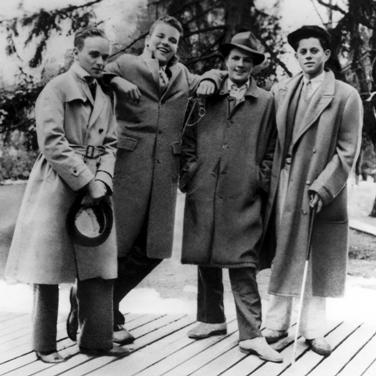 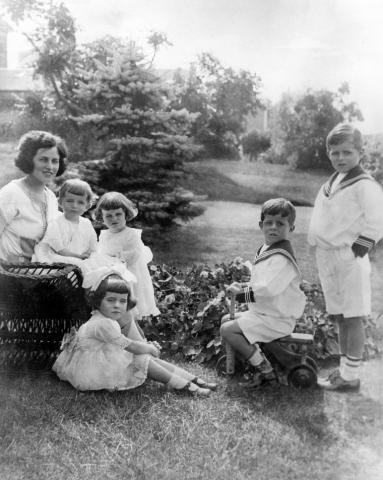 Click here to take a look at photos from JFK's childhood and teenaged years.