Tickets for December will be on sale starting Friday, November 19 at 3:00 pm. The Museum is open on Saturdays and Sundays, 10:00 a.m. to 2:00 p.m. Advanced timed tickets are required. Learn more.

Biography of John F. Kennedy
Biography of Jacqueline B. Kennedy
Written for upper elementary to adult readers, these narratives summarize the life and legacy of the 35th president of the United States and his wife.

Lesson Plan: Political Debates: Advising a Candidate
Students analyze excerpts from the first Kennedy-Nixon debate (September 26, 1960) and a memo assessing the debate from one of Kennedy's advisers. They then use the memo as a model as they watch a current political debate to consider the strengths and weaknesses of the candidate they support.

Lesson Plan: Interpreting JFK’s Inaugural Address
Students learn about the historical context of the inaugural address and then analyze the speech from three perspectives—a young civil rights activist, a Soviet diplomat, and a Cuban exile.

Lesson Plan: Analyzing the Rhetoric of JFK’s Inaugural Address
Students consider the rhetorical devices in the inaugural address. They analyze suggestions made by advisors and compare them to the delivered version of the speech.

Civil Rights in the Early 1960s

Activity: Art as a Civic Language
Students examine a Jacob Lawrence painting to explore the experiences of participants in the civil rights struggle during the 1950s and 1960s.

Activity: Joining the Struggle: Young Activists in Birmingham, 1963
Students consider young people’s rationales for participating in the Birmingham Campaign, and the risks and rewards of their inclusion.

Activity: What Do You Hear?: Investigating the Integration of the University of Mississippi
Students read a transcript and listen to an audio recording of a secretly taped phone conversation excerpt between President Kennedy, Attorney General Robert Kennedy, and Mississippi Governor Ross Barnett to answer the question: "How can an audio recording enhance historical interpretation?"

Lesson Plan: Let Our Voices Be Heard: The 1963 Struggle for Voting Rights In Mississippi
In this role play lesson, students consider some strategies proposed in 1963 for achieving the goal of equal voting rights for African Americans in Mississippi.

Lesson Plan: Strategies for Support: JFK and the Civil Rights Act of 1963
Students consider how a president can generate support for one of his legislative initiatives and help a bill become a law, by investigating the steps President Kennedy took in attempting to turn his June 1963 civil rights proposal into meaningful legislation.

Lesson Plan: The Sixteenth Street Baptist Church Bombing: The Response from the White House
Students act as civil rights advisors to the president. They examine a variety of responses to the bombing of the Sixteenth Street Baptist Church and assess what different groups believed should be done to address the situation. They examine the president’s response, its strengths and weaknesses, from the perspective of the federal government, and reflect on how it might contribute to making progress on civil rights.

Leaders in the Struggle for Civil Rights
These letters and telegrams from key figures help tell the story of the civil rights movement during the Kennedy years. Documents include communications from James Farmer, Martin Luther King Jr., John Lewis, A. Philip Randolph, Bayard Rustin, Roy Wilkins, and Whitney Young. 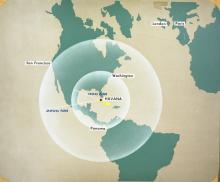 Lesson Plan: The Cuban Missile Crisis: How to Respond?
Students examine primary source documents and recordings. They consider some of the options discussed by Kennedy's advisors during the Cuban Missile Crisis, what groups and which individuals supported each option, and the pros and cons for each alternative.

Lesson Plan: The Bay Of Pigs: Lessons Learned
Students analyze President Kennedy’s April 20, 1961 speech to the American Society of Newspaper Editors framing the invasion as “useful lessons for us all to learn” with strong Cold War language. This analysis will help students better understand the Cold War context of the Bay of Pigs invasion, and evaluate how an effective speech can shift the focus from a failed action or policy towards a future goal.

Lesson Plan: Kennedy's Quest: Leadership in Space
Students do a close reading of four primary sources related to the US space program in 1961, analyzing how and why public statements made by the White House regarding space may have differed from private statements made within the Kennedy Administration.

Lesson Plan: Limited Nuclear Test Ban Treaty
Students consider the threat of nuclear weapons in the early 1960s and the opportunities and challenges in negotiating an arms control agreement.

The Presidency in the Nuclear Age Resources
These annotated resources - gathered for a special conference held at the Kennedy Library in 2009 - provide students and teachers with useful documents, images, maps, timelines, and essays about issues related to nuclear armaments since the development of the first atomic bomb.

Lesson Plan: Military Advisors in Vietnam: 1963
Students analyze a letter to President Kennedy from a woman who had just lost her brother in South Vietnam and consider Kennedy’s reply which explains his rationale for sending our military to that country.

Lesson Plan: JFK and Vietnam: The September 1963 TV Interviews
Students will consider the language a president might use in trying to create the right balance in tone for both American and foreign audiences when discussing US involvement in other parts of the world.

Vietnam and the Presidency
Read transcripts from an historic two-day conference held at the Kennedy Library on March 10-11, 2006, examining the history of the Vietnam War and the Presidency. Participants included General Alexander Haig, Secretary of State Henry Kissinger, Special Counsel to President Kennedy Theodore Sorensen, and Special Assistant to President Johnson Jack Valenti.

The Cold War and Domestic Issues

The Kinzua Dam, The Cold War and US Treaties
The Kinzua Dam in western Pennsylvania has a tumultuous history that highlights a treaty with the Seneca Nation that was breached by the US government. In this lesson, students consider the arguments made by three individuals regarding the planned construction of the dam against the backdrop of the Cold War.

Lesson Plan: The Press Office: A Presidential News Conference Simulation
Students act as members of President Kennedy's Press Office with an assignment to brief him for a news conference. They research issues and events of the early 1960s by exploring the Kennedy Library's website. The lesson culminates with a simulated press conference.

Lesson Plan: Political Debates: Advising a Candidate
Political debates are an important part of the election process, whether on the local, state or national level. In this lesson plan, students analyze excerpts from the first Kennedy-Nixon debate (September 26, 1960) and a memo assessing the debate from one of Kennedy's advisers. They then use the memo as a model as they watch a current political debate to consider the strengths and weaknesses of the candidate they support.

Lesson Plan: Federal Budget Simulation
In this lesson plan, students debate our nation's priorities by establishing their own "simulated" budgets.

Activity: Kennedy on the Poet's Civic Role
On October 26, 1963, President Kennedy delivered a timeless speech at Amherst College about the importance of public service and the role of the poet in a democratic society. In this activity, students analyze the meaning of a significant portion of this speech, and then write a brief poem about the role of the poet in civic life.

Peace Corps Resources from the JFK Library Website
In 1961, President Kennedy signed Executive Order 10924 establishing the Peace Corps. Teachers who are working on civic engagement projects with students may be particularly interested in primary and secondary resources related to the formation and first years of the Peace Corps including audio, video and textual materials.

Summer Reading for Teachers and Older Teens
View a selection of books on a variety of topics related to John F. Kennedy and his administration, publications featured in Kennedy Library Forums, and online resources from the Kennedy Library website. 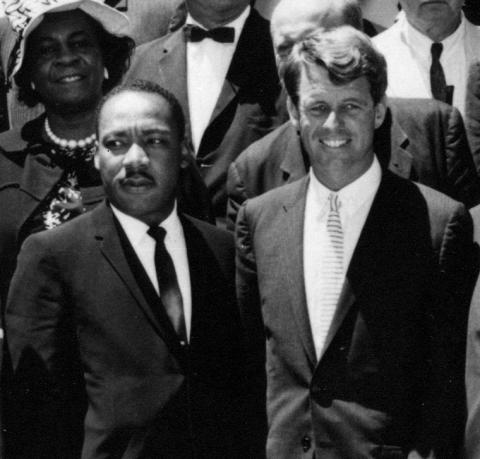