The Cuban Missile Crisis: How to Respond?

Subject Area: US History; World History; Civics and US Government

Goals/Rationale: During the Cuban Missile Crisis, Kennedy's advisors discussed many options regarding how they might respond to the installation of Soviet missiles in Cuba. In this lesson, students examine primary source documents and recordings to consider some of the options discussed by Kennedy's advisors during this crisis and the rationale for why the president might have selected the path he chose.

Essential Question: Does an individual's role in government influence his or her view on how to respond to important issues?

In October 1962, an American U-2 spy plane secretly photographed nuclear missile sites being built by the Soviet Union on the island of Cuba. President Kennedy did not want the Soviet Union and Cuba to know that he had discovered the missiles. He met in secret with his advisors for several days to discuss the problem. Two principal courses were offered: an air strike and invasion, or a naval quarantine with the threat of further military action. To avoid arousing public concern, the president maintained his official schedule, meeting periodically with advisors to discuss the status of events in Cuba and possible strategies.

Have students research the arguments of one of Kennedy’s advisors mentioned in Sorensen’s memo and/or McNamara’s discussion and then have them write a 2-3 page essay on the rationales for their advisor’s arguments and some follow-up questions that President Kennedy might have asked of the advisor.

As a concluding activity, have students listen to JFK’s late night recording of October 18, 1962.  Ask them:

Have students look at the image of an October 29, 1962 meeting of the ExComm, and see if they can locate some of the advisors mentioned in the October 18, 1962 sources.

Have students read through and listen to JFK's "Radio and Television Report to the American People on the Soviet Arms Buildup in Cuba," October 22, 1962. Have them:

JFK in History: The Bay of Pigs
This web page includes a brief overview of the Bay of Pigs invasion and its aftermath as well as a link to archival materials and declassified Top Secret documents concerning Cuba, Prime Minister of Cuba Fidel Castro, and a proposal for a Cuban Freedom Brigade.

JFK in History: The Cuban Missile Crisis
This web page provides a brief overview of the events that took place during the Cuban Missile Crisis, and includes a link to the audio of President Kennedy’s Radio and Television Remarks on the Dismantling of Soviet Missile Bases in Cuba as well as a link to a telephone conversation between President Kennedy and Dwight D. Eisenhower regarding this crisis.

The World on the Brink
This microsite allows users to explore the Crisis day by day, read formerly classified documents, and listen in on secretly recorded ExComm meetings as President Kennedy and his advisors seek a peaceful resolution for the removal of Soviet intercontinental missiles from Cuba.

JFK Library Forum: 50th Anniversary of the Bay of Pigs Invasion
This web page provides a video and transcript of an April 14, 2011 forum presented at the Kennedy Library. Historians Timothy Naftali and Peter Kornbluh, and Alfredo Duran, a Cuban exile who participated in the assault, examined the steps leading to the Bay of Pigs and the lessons learned by the Kennedy administration. Adriana Bosch, writer and director of the PBS documentary Fidel Castro, moderated.

JFK Library Forum: 50th Anniversary of the Cuban Missile Crisis
This web page provides videos and transcripts of a day-long event incorporating three forums presented at the Kennedy Library on October 14, 2012. Historians, journalists and policy makers reflected on the events leading up to the Cuban Missile Crisis, how it was resolved, and how lessons learned can be applied to the nuclear challenges facing us today. 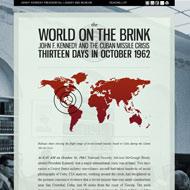 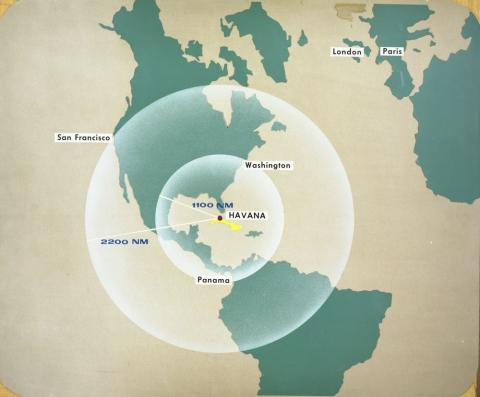