President Kennedy was the first US president to hold live televised press conferences. During his years in office, on average, he held one every sixteen days.

In this lesson, students act as members of President Kennedy’s Press Office with an assignment to prepare a briefing for the president on topics that may come up in a specific press conference. To fulfill this assignment, students explore the Kennedy Library website, using both primary and secondary sources. As a culminating activity, students participate in a simulated press conference.

Essential Question: How might a president address the public about important issues?

Students should have a working knowledge of US history prior to 1961. They should be able to use the Internet for research and analyze primary sources.

Presidential press relations date back to George Washington who expressed dismay that his farewell address might not receive adequate press coverage due to its length. Theodore Roosevelt institutionalized the White House press corps by creating a press room and issuing credentials. The policy of regular weekly press conferences began with Roosevelt’s successor, William Howard Taft. All presidents from Taft to Herbert Hoover met with the press regularly, answering written questions. Attribution was restricted and direct quotation was never permitted. The revolution in communications brought about by electronic media changed this forever. Starting with Harry S. Truman, press conferences were electronically recorded. The president was, therefore, speaking “on the record.” The electronic record made charges of misquotation easy to resolve. The emergence of television fundamentally changed presidential relations with the press, and led to the creation of a central office in the Eisenhower administration. The press secretary became a reliable and regular source of all official communication.

The press secretary's central role continued in the Kennedy administration. Kennedy’s press secretary, Pierre Salinger, handled the flow of news from the entire executive branch of government as well as from Kennedy’s office. One of Salinger’s responsibilities was to prepare the President for his televised press conferences.

The day before each press conference, Kennedy's Press office would agree on the 20-30 questions they believed would be asked by correspondents. Pierre Salinger noted in his memoirs that the public information officers were excellent at anticipating questions. For questions "in sensitive areas," the staff would provide a background briefing and a suggested response. 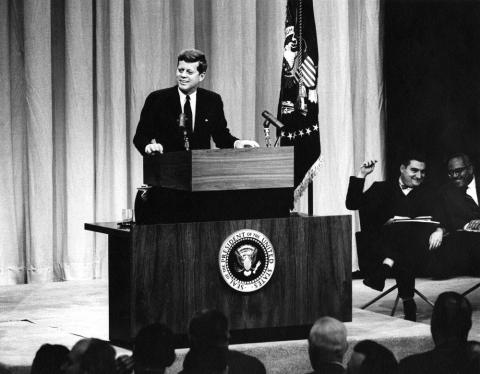 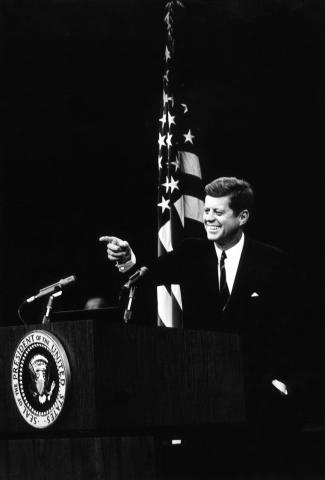 John F. Kennedy and the Press