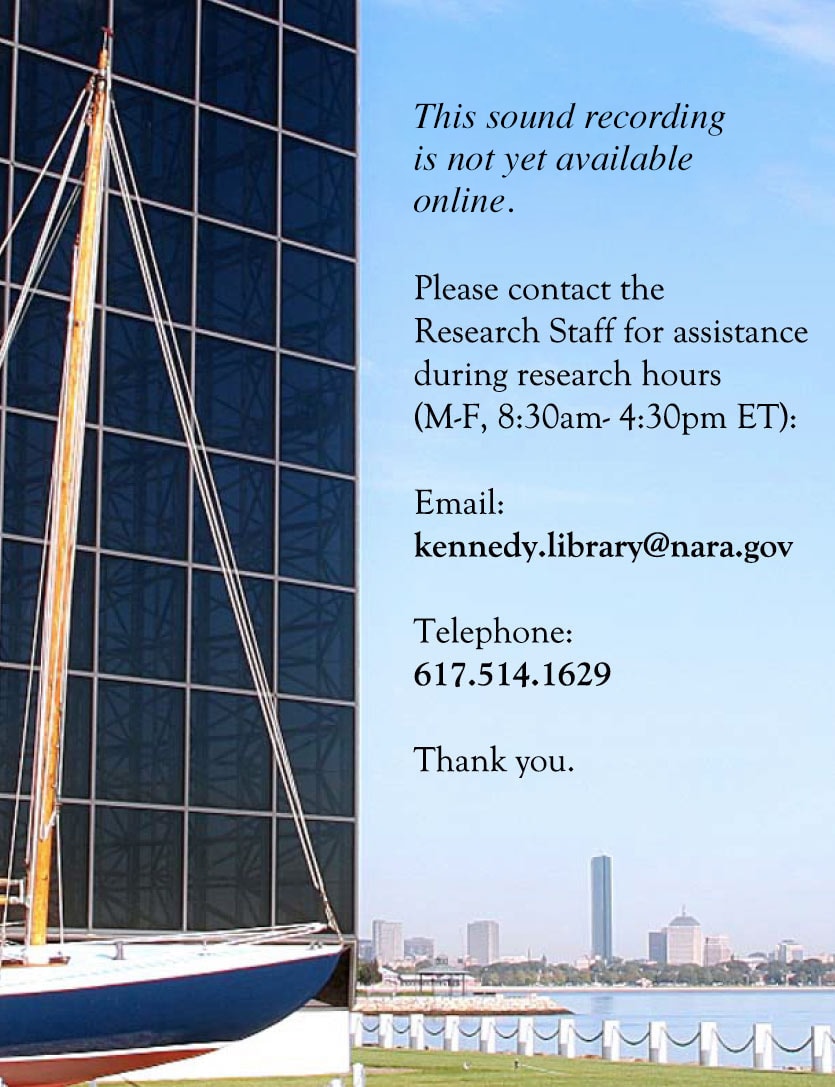 Second is a meeting on Vietnam held in the morning between President John F. Kennedy, Secretary of Defense Robert S. McNamara, Special Assistant to the President for National Security Affairs McGeorge Bundy, Under Secretary of State George Ball, Under Secretary of State for Political Affairs W. Averell Harriman, Chairman of the Joint Chiefs of Staff (JCS) General Maxwell Taylor, Director of the Central Intelligence Agency (CIA) John McCone, Vice President Lyndon B. Johnson, Administrator of the United States Agency for International Development (USAID) David Bell, and CIA Deputy Director for Intelligence Ray S. Cline. Discussion topics include news coverage of Viet Cong and American casualties, possible troop reduction, North Vietnamese supply difficulties, Madame Nhu (Tran Le Xuan), and news coverage of a dispute between United States Ambassador to South Vietnam Henry Cabot Lodge and the CIA. In addition there are further discussions on the relationship between Ambassador Lodge and CIA station chief in Saigon John H. Richardson, reporting on Richardson, Ambassador Lodge's position regarding South Vietnamese President Ngo Dinh Diem, and Congressional briefings. During the meeting, President Kennedy has telephone conversations about labor contract talks, a "Time" magazine article, and an upcoming trip. Four segments of the recording totaling 39 seconds have been removed in accordance with Section 3.4 (b) (1), (3) of Executive Order 13526. Three segments of the recording totaling 2 minutes and 57 seconds has been removed in accordance with the donor's deed of gift.

The copyright law of the United States (Title 17, United States Code) governs the making of photocopies or other reproductions of copyrighted material. Under certain conditions specified in the law, libraries and archives are authorized to furnish a photocopy or other reproduction.
One of these specified conditions is that the photocopy or reproduction is not to be "used for any purpose other than private study, scholarship, or research." If a user makes a request for, or later uses, a photocopy or reproduction for purposes in excesses of "fair use," that user may be liable for copyright infringement. This institution reserves the right to refuse to accept a copying order if, in its judgment, fulfillment of the order would involve violation of copyright law. The copyright law extends its protection to unpublished works from the moment of creation in a tangible form.
Related Records:
Meetings: Tape 114/A49. Wheat Sales to Russia; Haile Selassie; Malaysia; Vietnam; Rusk [Entire Tape]
View parent collection and finding aid >
Close
Close