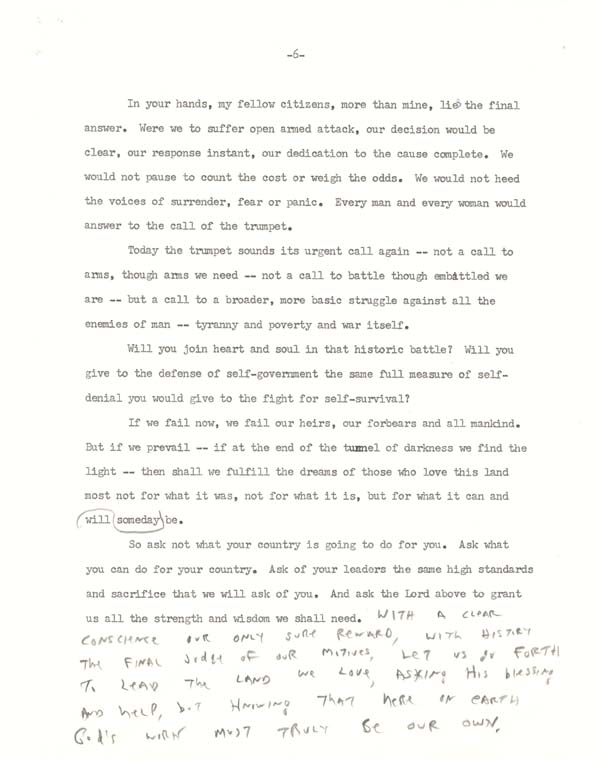 Kennedy used this draft as a framework for the speech. He had it in front of him as he dictated to his secretary on January 10.

Kennedy’s speeches drew from the wisdom of the ages, quoting President Abraham Lincoln, British Prime Minister Winston Churchill, the ancient Greeks, and religious scripture. In the inaugural address, he borrowed twice  from Lincoln.

“In your hands, my dissatisfied fellow-countrymen, and not in mine, is the momentous issue of civil war.”  - From Abraham Lincoln’s first inaugural address, March 4, 1861

“In your hands, my fellow citizens, more than mine, will rest the final success or failure of our course.” -From John F. Kennedy’s inaugural address