Students read, listen to, and summarize excerpts of President Kennedy's June 11, 1963 speech on civil rights. They reflect on its resonance today and create images of a better future.

This lesson is adapted from a longer lesson, The President Takes a Stand: Kennedy’s Report to the American People on Civil Rights

In this lesson, students read, listen to, and summarize an excerpt of President Kennedy’s June 11th speech on civil rights. They reflect on its resonance today and create images of what racial justice could look like in the future.

Kennedy’s Radio and Television Report to the American People on Civil Rightsis historically significant for several reasons. It was Kennedy’s strongest public statement to the country (and the rest of the world) on civil rights. Also, historians consider it a groundbreaking speech because Kennedy framed racial injustice as a moral or ethical issue. He challenged Americans to ask themselves, how do we want to be treated? What is the right way to behave towards others in a country founded on equality? The speech was a call to action; Kennedy challenged individuals to act, to treat each other with respect in their daily lives. Moreover, he formally announced his plans to introduce an omnibus civil rights bill to Congress.

The goal of the lesson is to learn about racial injustice in the past, make connections to today, and envision a better future.

Essential Question
What is racial justice and how do we address it?

After narrowly defeating Richard M. Nixon in the 1960 election, John F. Kennedy was cautious in his approach to civil rights. He was reluctant to lose southern support for legislation on many fronts by pushing too hard on civil rights legislation. By the spring of 1963, Kennedy's attention became increasingly focused on civil rights. The 1963 Birmingham Campaign in Alabama made national news with images of children attacked by dogs and blasted with high pressure fire hoses. The growing number and size of civil rights demonstrations, and the violent backlash from segregationists compelled the president to take direct action and speed up introduction of civil rights legislation.

On June 11, 1963, Kennedy took a bold stand. Earlier that day, Alabama Governor George Wallace had attempted to block two African-American students from entering the University of Alabama. The president federalized the Alabama National Guard and the governor finally stepped aside, allowing the students to enter the University. That evening, the president delivered an historic message: segregation and other forms of racial injustice must end and he would introduce legislation to work toward that goal.

In his speech, the president responded to the threats of violence and obstruction of justice on the University of Alabama campus following desegregation attempts, explaining that the United States was founded on the principle that all men are created equal and thus, all American students are entitled to attend public educational institutions, regardless of race. He addressed discrimination in education, public accommodations, and voting rights. The president declared that “it ought to be possible, in short, for every American to enjoy the privileges of being American without regard to his race or his color.” The president made it clear that the issue of civil rights affected the country as a whole; it was not limited to one city or one region.

He stated, “It is time to act in the Congress, in your State and local legislative body and, above all, in all of our daily lives.”

Note: This lesson works well as part of a unit on civil rights so that students have been introduced to the historical context of that time.

Share key points from the Historical Background provided in this lesson plan:

Part II: Summarizing the Speech and Identifying the Main Idea

Teaching note about the word “Negro” to share with students in preparation for reading the speech excerpt:Language is important and changes over time.Until about 1967, “Negro” was one of the acceptable words used by Americans of all races to identify black or African-American people. When John F. Kennedy delivered his Report to the American People on Civil Rights on June 11, 1963, the word “Negro” was not thought of as a negative word by most people. However, around 1967, some black leaders and thinkers criticized the word and believed it was important for Americans of African descent to choose their own way to describe themselves. They preferred the words “black” and then “Afro-American.” Now we use “black,” “African-American,” or “a person of color” to describe Americans of African descent.

Have students select one of the changes (or add a new suggestion) that will help lead to racial justice, and then create an illustration with a caption. 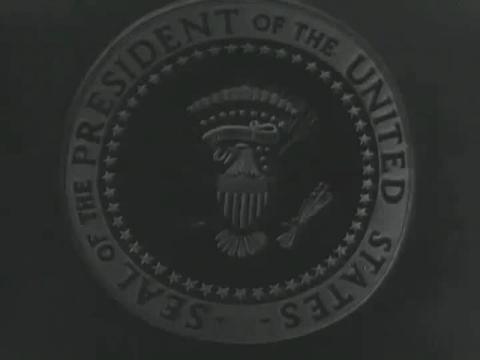 Report to the American People on Civil Rights, 11 June 1963 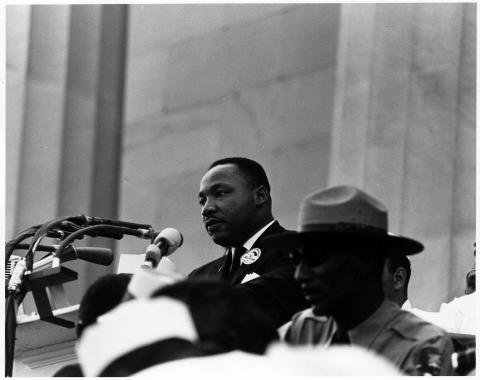