The Peace Corps: Traveling the World to Live, Work, and Learn

In this lesson, students learn about the purpose of the Peace Corps, gather information about the early projects, and reflect on the impact of the program.

The Peace Corps, a government agency launched during John F. Kennedy’s presidency, promotes intercultural understanding and provides service to interested countries. In this lesson, students learn about the purpose of the Peace Corps, gather information about the early projects, and reflect on the impact of the program.

How might living, working, and learning alongside people in other countries help make a more peaceful world?

It is helpful for students to have basic knowledge of maps and continents.

The idea for a program that would send US volunteers to serve in countries abroad originated in Congress in the late 1950s. In 1960, Senator Hubert H. Humphrey of Minnesota and Representative Henry S. Reuss of Wisconsin proposed legislation to establish a federal volunteer program for service abroad. In the fall of 1960, during his presidential campaign, John F. Kennedy called for “a peace corps of talented men and women” who would dedicate themselves to the progress and peace of developing countries. His inaugural address challenged all citizens, especially young Americans, to contribute in some way to the greater good, including his call to serve abroad.

Encouraged by thousands of letters from interested citizens, especially young people, the new president took immediate action to make the campaign promise a reality. Kennedy launched the Peace Corps on March 1, 1961 by Executive Order 10924 and asked his brother-in-law, Sargent Shriver, to direct the organization.

By January 1, 1962, the Peace Corps had trained and placed 580 volunteers in ten countries located in Africa, Asia, the Caribbean and South America. Serving only at the request of host countries, volunteers worked alongside community members in teaching, road surveying (planning roads), health (providing medical care), agricultural extension (farming), and rural development (construction and developing the local economy). There were 7,000 volunteers in forty-four countries by the end of 1963.

To promote world peace and friendship by fulfilling three goals:

In the past five decades, more than 240,000 Peace Corps Volunteers have served in 142 countries. Today, the Peace Corps is still growing and continues to serve a vital and relevant mission. In a world where cultural and religious differences have led to devastating violence, fear, and oppression, the Peace Corps continues to offer a unique vision of a government agency committed to intercultural understanding.

Note to teachers: The archival material is from the early 1960s and has outdated language that would not be acceptable today. Specifically, in the newsreel, the countries are referred to as “backward and depressed” which, at the time, meant they were less developed in terms of the economy, industry, and agriculture. Also, the document refers to “peacecorpsmen” as a generic term for Peace Corps Volunteer. People of all genders have served in the Peace Corps, including those who served in 1961.

Read testimony from a current volunteer (https://www.peacecorps.gov/stories/) and write a paragraph to answer the question, “What can a person learn from being in the Peace Corps?”

There are many stories to choose from but here are some suggested links:

Students can take the JFK Challenge using a free, immersive iPad mobile application from the John F. Kennedy Presidential Library and Museum. Users take Peace Corps training to learn Spanish and how to make building materials. They travel to a village in Colombia to build hospitals, dig waterways for clean drinking water, and get to know the local culture. The app features fun, kid-friendly animation combined with primary sources from the JFK Library’s Archives. Includes an Apollo 11 space challenge.

Explore the extensive resources of the  Paul D. Coverdell World Wise Schools program which fosters an understanding of other cultures and global issues by providing online educational resources based on the Peace Corps experience. It also facilitates communication among US learners and current and returned Peace Corps Volunteers. 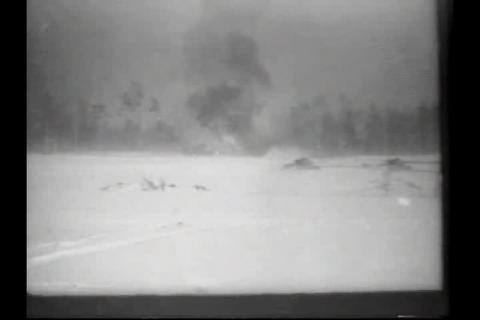 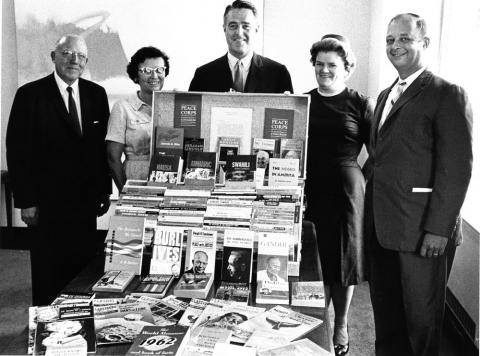