The 1960 election campaign was dominated by rising Cold War tensions between the United States and the Soviet Union. In 1957, the Soviets launched Sputnik, the first man-made satellite to orbit Earth. American leaders warned that the nation was falling behind communist countries in science and technology. Three years later, an American U-2 spy plane was shot down over Soviet territory and its pilot captured. The incident led to the cancellation of President Dwight D. Eisenhower's planned trip to Moscow and the collapse of a summit meeting with Soviet Premier Nikita Khrushchev.

In Cuba, the revolutionary regime of Fidel Castro became a close ally of the Soviet Union, heightening fears of communist subversion in the Western Hemisphere. Public opinion polls revealed that more than half the American people thought war with the Soviet Union was inevitable.

John Fitzgerald Kennedy captured the Democratic nomination despite his youth, a seeming lack of experience in foreign affairs, and his Catholic faith. On May 10, he won a solid victory in the Democratic primary in overwhelmingly Protestant West Virginia. His success there launched him toward a first ballot victory at the national convention in Los Angeles—although he did not reach the 761 votes required for the nomination until the final state in the roll call, Wyoming.

After choosing Texas senator Lyndon Johnson as his running mate, Kennedy told the convention delegates that he would get the nation moving again. He declared that the United States would have the will and the strength to resist communism around the world.

The Republican nominee, Vice President Richard M. Nixon was 47-years-old, just four years older than Kennedy. He pointed to the peace and prosperity of the Eisenhower administration and assured the voters that he would maintain American prestige, leadership, and military strength. He chose Henry Cabot Lodge, US ambassador to the United Nations, as his running mate. Nixon struck many voters as more mature and experienced than Kennedy and led in the polls after the national conventions.

Both candidates sought the support of the steadily growing suburban population and, for the first time, television became the dominant source of information for voters.

The Kennedy and Nixon campaigns agreed to a series of televised debates. Many in the Nixon camp, including President Eisenhower, urged the vice president to reject the debate proposal and deny Kennedy invaluable national exposure. But, a good debater, Nixon confidently agreed to share a platform with his rival on nationwide television.
In 1950, only 11 percent of American homes had television; by 1960, the number had jumped to 88 percent. An estimated seventy million Americans, about two-thirds of the electorate, watched the first debate on September 26th.

Kennedy had met the day before with the producer to discuss the design of the set and the placement of the cameras. Nixon, just out of the hospital after a painful knee injury, did not take advantage of this opportunity. Kennedy wore a blue suit and shirt to cut down on glare and appeared sharply focused against the gray studio background. Nixon wore a gray suit and seemed to blend into the set. Most importantly, JFK spoke directly to the cameras and the national audience. Nixon, in traditional debating style, appeared to be responding to Kennedy.

Almost overnight the issues of experience and maturity seemed to fade from the campaign. Nixon seemed much more poised and relaxed in the three subsequent debates, but it was the first encounter that helped to reshape the election.

Kennedy tried to identify himself with the liberal reform tradition of the Democratic party of Franklin Roosevelt and Harry Truman, promising a new surge of legislative innovation in the 1960s. He hoped to pull together key elements of the Roosevelt coalition of the 1930s—urban communities of color, ethnicity-based voting blocs, and organized labor. He also hoped to win back conservative Catholics who had deserted the Democrats to vote for Eisenhower in 1952 and 1956, and to hold his own in the South.

In September, John F. Kennedy eloquently confronted the religious issue in an appearance before the Greater Houston Ministerial Association. He said, "I believe in an America where the separation of church and state is absolute; where no Catholic prelate would tell the President—should he be Catholic—how to act, and no Protestant minister would tell his parishioners for whom to vote." But anti-Catholic feeling remained a wild card in the campaign.

Civil rights had emerged as a crucial issue in the 1960 campaign. Kennedy faced the challenge of promoting policies that white southern Democrats supported while, at the same time, courting Black voters away from the Republican Party, the party that many Black voters aligned with after the Civil War because it was the party of Abraham Lincoln and emancipation.

Just a few weeks before the election, Martin Luther King Jr. was arrested while participating in a protest in Atlanta, Georgia. Although it was politically risky, John Kennedy phoned his wife, Coretta Scott King, to express his concern, while a call from Robert Kennedy to the judge helped secure her husband's safe release. The Kennedys' personal intervention led to a public endorsement by Martin Luther King Sr., the influential father of the civil rights leader. The publicizing of this endorsement, combined with other campaign efforts, contributed to increased support among Black voters for Kennedy.

Down to the Wire

In the final days of the campaign, the immensely popular President Eisenhower began a speaking tour on behalf of Republican candidates. Several key states seemed to shift toward Nixon, and by Election Day pollsters were declaring the election a toss-up.

On November 8, 1960, John F. Kennedy was elected president in one of the closest elections in U.S. history. In the popular vote, his margin over Nixon was 118,550 out of a total of nearly 69 million votes cast. His success in many urban and industrial states gave him a clear majority of 303 to 219 in the electoral vote. John Fitzgerald Kennedy was the youngest man ever elected president, the first Catholic, and the first president born in the twentieth century. 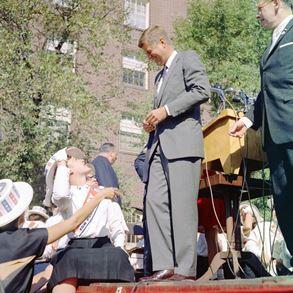 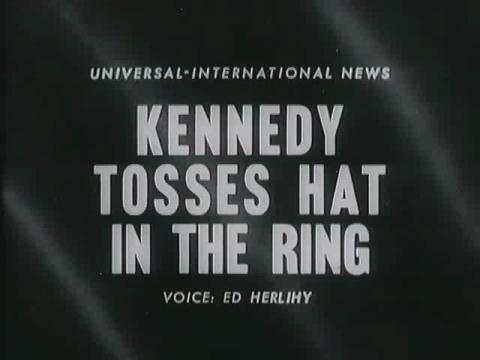 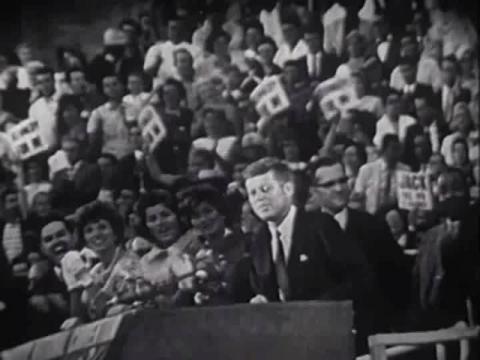