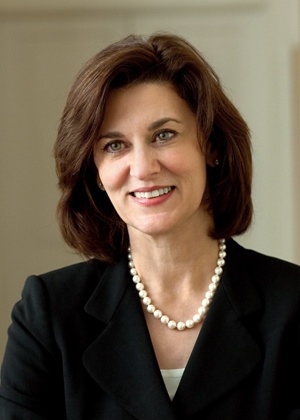 Victoria Reggie Kennedy is senior counsel at the international law firm Greenberg, Traurig LLP where she advises and assists clients in devising strategies to resolve complex business problems, particularly those stemming from regulatory, communications or governance concerns, and assists clients in developing and executing strategies to expand their impact in the marketplace.

Kennedy previously was a partner at Keck, Mahin and Cate, a large, multi-city, Chicago-based law firm.  The focus of her legal practice was the representation of commercial banks and savings and loans for which she devised innovative strategies for recapitalization and reorganization and assured regulatory compliance.  Her practice also involved the successful restructure and renegotiation of complex loan transactions on behalf of both banks and borrowers.  She began her legal career as a law clerk for Judge Robert Sprecher in the U.S. Court of Appeals for the Seventh Circuit in Chicago.

Kennedy is a member of the Advisory Board of the global investment bank Houlihan Lokey.  She is a Trustee (Presidential Appointment) of the John F. Kennedy Center for the Performing Arts where she chairs its Education Committee and is a member of the Board of Overseers of the Museum of Fine Arts Boston.  She is a member of the Board of Directors of the National Leadership Roundtable on Church Management, a lay initiative to assist Catholic Church parishes, church organizations and religious orders promote excellence and best practices in management, finances and human resource development.

She is a Member of the Commission on Political Reform, a project of the Bi-Partisan Policy Center launched in March 2013 to investigate the causes and consequences of America’s partisan political divide and to advocate for specific reforms.

In addition to her legal career, board service and non-profit leadership roles, Kennedy has served in key strategic and political roles on issues ranging from health and education to labor, especially as those issues affect women and children, and she advocates for involvement in the political process.  Kennedy was actively involved in the passage of the Affordable Care Act of 2010 and stood at President Obama’s side at the signing of the bill into law.

Kennedy has been a long-time advocate for the protection of children, particularly gun violence prevention. She was the co-founder and past President of Common Sense About Kids and Guns, a diverse coalition of gun control advocates, health professional and gun manufacturers working together to reduce gun deaths and injuries to children in the United States. She is also a past 10-year member of the Board of Directors of the Brady Center to Prevent Gun Violence.