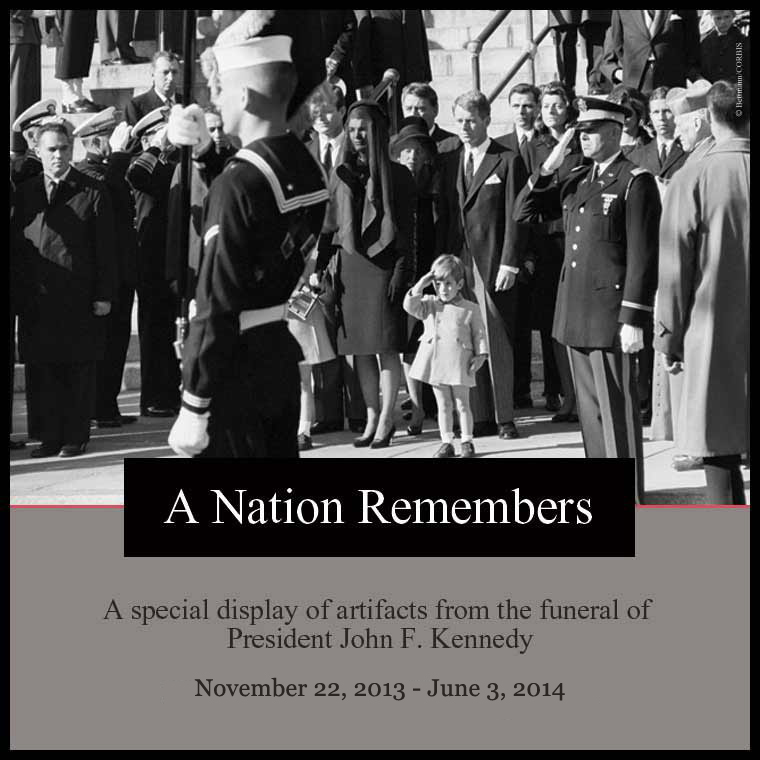 John Fitzgerald Kennedy, thirty-fifth President of the United States, was assassinated on November 22, 1963, in Dallas, Texas.

The people who lived through it remember the moment—where they were, what they were doing—when the news came. The President had traveled to Texas on a political trip; he was riding in an open car with First Lady Jacqueline Kennedy; there were rifle shots; the motorcade rushed to the nearest hospital, but the wound was mortal. At 2:38 p.m. eastern standard time, CBS television news anchor Walter Cronkite removed his glasses, struggling for composure, and reported the President’s death.

Across the country, everything stopped. It seemed impossible that the young President who had ushered in a new era of American leadership with such dash and vision, was suddenly gone. The nation entered a state of suspended animation over the next three days as it paid its final respects.

President Kennedy’s funeral and procession to Arlington National Cemetery were filled with the solemn pomp and pageantry befitting an epic tragedy. Dignitaries from 92 countries attended, some in full military regalia. A million people lined the streets, while nearly the entire adult population of the United States followed the event on television in a shared experience that is seared into the nation’s memory. If the vile act of the assassination shook the nation, the beauty and decorum of the state funeral steadied it.

The official days of mourning passed, history restarted, but the world was different. James Reston wrote in the New York Times, “What was killed in Dallas was not only the president but the promise. The death of youth and the hope of youth, of the beauty and grace and the touch of magic.”

Lyndon B. Johnson, sworn in as the 36th President that terrible afternoon in Dallas, later memorialized his predecessor: “It is not for us to know how many great things he might have accomplished . . . but he lived long enough and well enough to rekindle our spirit, renew our faith and reaffirm our commitment as a people to the great purpose for which this nation was created.”

The Riderless Horse—Ancient Symbol of a Fallen Warrior 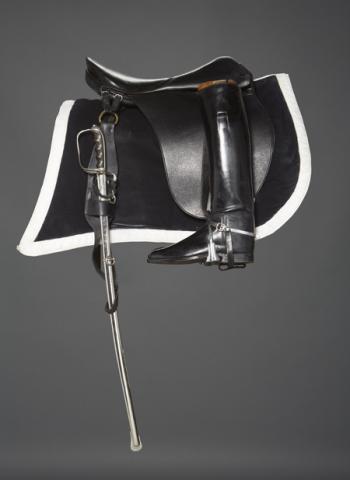 In the funeral procession, a magnificent black gelding, with an empty saddle, saber, and boots reversed in the stirrups, followed the caisson bearing the President’s coffin. The riderless horse is one of the highest military honors bestowed upon the fallen.

The horse, named Black Jack, was from the Army’s oldest active infantry unit, the 3rd U.S. Infantry Regiment, known as The Old Guard. He alone defied the strict military discipline of the day with his rowdy behavior: prancing, throwing his head, and dancing around his walker, the 19-year-old soldier who was sure he would be sent to Greenland if the horse got loose.

After the funeral, Mrs. Kennedy, an avid horsewoman, expressed an interest in Black Jack. Within hours, the horse’s saddle and blanket, and the boots and saber were delivered to her at the White House. They remain part of the Kennedy Library’s permanent collection and are displayed here for the first time.

Flag that draped the coffin of President Kennedy, November 23—25, 1963 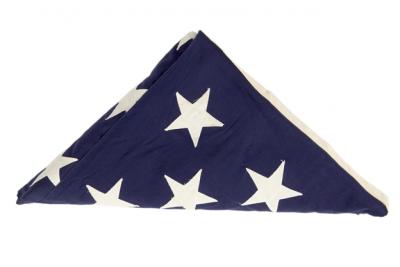 Arriving at Andrews Air Force Base from Dallas on Friday evening, November 22, President Kennedy’s body was taken to Bethesda Naval Hospital, where an autopsy was performed and the body was prepared for burial. In the early morning hours of Saturday, November 23, moments before the President’s casket left the hospital for the White House, a team of casket bearers unfolded this flag and draped it over the coffin. There it remained until the afternoon of Monday, November 25, when the casket team stood over the President’s grave and folded the flag in one of the day’s final ceremonial tributes. The flag was handed to the Superintendent of Arlington National Cemetery, Jack Metzler, who then presented it to Mrs. Kennedy.

“Mrs. Kennedy, this flag is presented to you in the name of a most mournful nation
. . . Please accept it.”
--Superintendent of Arlington National Cemetery Jack Metzler 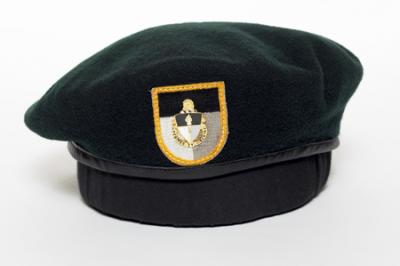 Recognizing the need for the United States to conduct unconventional warfare, President Kennedy had championed the role of the U.S. Army Special Forces. He embraced the Green Beret, worn by the Special Forces troops, calling it “a symbol of excellence, a badge of courage, [and] a mark of distinction in the fight for freedom. Command Sergeant Major Francis Ruddy removed this beret from his head and placed it at the President’s gravesite in the late afternoon of Monday, November 25. “He gave us the beret,” Ruddy said later, “and we thought it fitting to give one back to him.

“He gave us the beret, and we thought it fitting to give one back to him.”
--Command Sergeant Major Francis Ruddy

A Chronology in Eastern Standard Time *