Handmade and Heartfelt: Folk Art from the Collection of the John F. Kennedy Library & Museum

Gifts sent to the president and his family from Americans and citizens of other countries are often humble, heartfelt, handmade and patriotic. These individual gestures emerged from a desire to express admiration and respect for the chief executive through personal works of art.

Most of the folk art displayed here are the works of amateur artists and artisans who chose to represent the president, the presidency, or some aspect of JFK’s life (such as his preference for rocking chairs), often using unusual materials, in charming and whimsical ways. 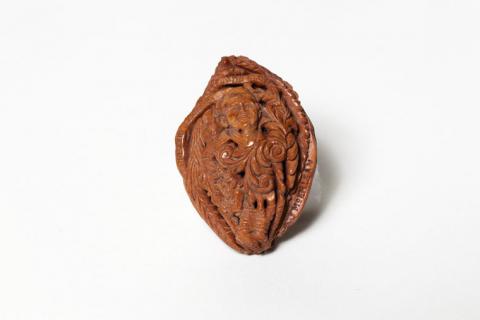 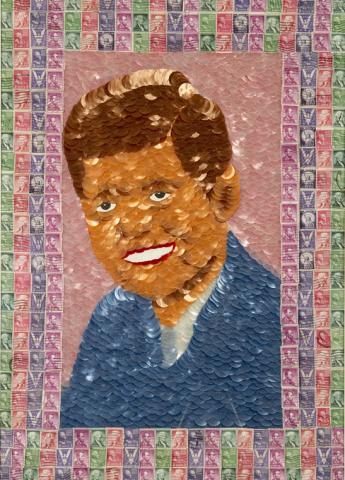 Portrait of President Kennedy made from pearlized colored ribbon cut into discs and glued to surface overlapping each other with a canceled postage stamp border. 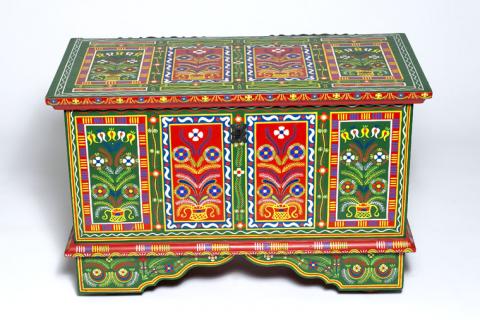 The wedding chest was handcrafted in Poland in the traditional Polish folk style.