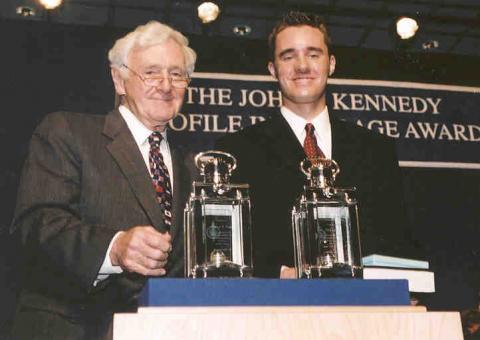 Many associate the word courage with a comic book or stereotyped Hollywood hero. A larger than life character that somehow survives great destruction, braves great peril, and works against evil – often against incredible odds. Most, however, don’t understand the true definition of courage is to do what one believes is right, no matter what another says or does. To stand-alone in spite of ridicule, and believe without avail in a cause. The cause does not have to be anything great, and the act of courage does not have to be a grand gesture. A single vote can change the minds of a lot of people. Congressman Bart Stupak of Michigan must understand this definition because he did just that. Despite the voiced opposition of constituents and one of the county’s most powerful lobbying arms, he chose to vote for what he believed, and even though his vote ultimately did not carry the day, his voice of courage was carried further into the minds of the populace.

Stupak represents Michigan’s Upper Peninsula in the United States House of Representatives. In the U.P., hunting is a pastime and a part of the heritage. At the start of each hunting season, entire families descend upon forests and fields to engage the chase. They head out well prepared– carrying food, water, and a gun to perform the deed.  But despite the inherently dangerous nature, young and old are instinctively comfortable using a gun. Children grow up with guns, and it becomes as much a part of the family as the kitchen table. They are taught from a young age to respect its awesome power, and to never abuse its indelible result. They also learn to defend their right to own the gun, believing that the Constitution’s Second Amendment guarantees that right. When someone comes along to take their guns away, they naturally respond with outrage.

Stupak shares this sentiment. He was raised in the Upper Peninsula and now lives in Menominee, a small city on the Western edge.  He understands guns, the U.P.’s gun heritage, and the Second Amendment. He keeps guns in his home, teaches his children to respect them, and hunts. He is a member of the National Rifle Association (NRA), and votes mostly in line with their policies. He voted against the Brady Bill and against most gun control legislation. He has received almost $30,000 from pro-gun groups since his first campaign in 1992. But in the summer of 1999, shortly after the Columbine High School massacre, Stupak proved that money and personal experience does not ensure every vote. He was willing to think in terms of the greater good – America over the special interest; nationalism over sectionalism. He was reportedly wavering on a major gun control issue. The NRA targeted his district because his vote would be key in defeating the minor gun controls proposed (safety locks and background checks) and approving what would be a major blow to gun control advocates. They sent letters to constituents urging them to call Stupak and tell him how to vote. Handgun Control, a group pushing for the reforms, also courted Stupak’s vote. Television and radio ads aired in the district, thousands called Stupak’s office, and newspaper reports quoted angry constituents. Nevertheless, Stupak continued to search his soul for the answer, and eventually came up with one. “If you’re going to have a check system, then it has to apply equally to everybody” became his philosophy when he decided to vote for the control.

One of Stupak’s Michigan colleagues, Rep. John Dingell, sponsored an amendment that would mandate 24-hour background checks as opposed to 72 hours on the original bill. Already passed by the Senate, the bill Stupak supported was designed to help prevent youth crime. The amendment would effectively destroy the intent of the crime bill.  In the early morning hours of June 18, 1999, Stupak voted no on the amendment. He was the only one of the 31 NRA backed Democrats that voted against the amendment. It passed; the final bill did not.

The vote was a minor action, but the results had the potential to be devastating. His constituents felt like they were no longer heard, like he was no longer representing them. “They feel that whatever the government does [on guns], it just takes away more of their rights,” Stupak told USA Today. Soon, he would have to answer to his constituents on the phone, in letters, and through the media. But with 600,000 constituents and the second largest district east of the Mississippi, it would be impossible to face every angry constituent one-on-one. Stupak said that when he had the chance to explain his vote, his constituents understood. “I certainly don’t want to take away anybody’s right to bear arms though,” he said.  But he still faced the challenge of the 2000 election. The NRA abandoned Stupak and endorsed his opponent, businessman Chuck Yob. But as his story went national, with appearances in major newspapers and an ABC News special: Peter Jennings Reporting: The Gun Fight, he began to emerge from the deep end, and he earned back constituent trust. They felt that he was able to make decisions for himself; he was looking out for the good of the country. He won reelection by almost 20%, losing only one county.  He won without a single contribution from the NRA.

From the courage of the colonists that secured our freedom, to those that use that freedom to change society, America is built on courage. It has defined our culture, and altered the way the world works. Bart Stupak’s act of courage may not have had a direct effect on the status of guns in our nation, but it has made a dynamic statement. A statement that courage still exists today, as much as it ever has, in American politics. A statement that we must demand that kind of selfless and ideological thought from all of our politicians. A statement that the populace is beginning to understand.