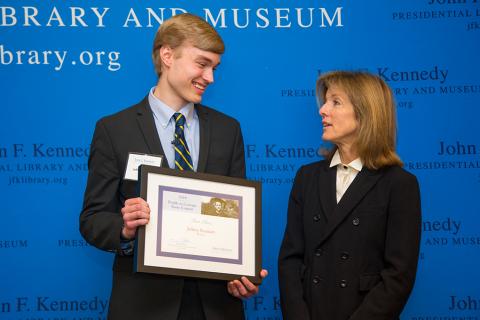 The chamber of the Tennessee Legislature buzzed with anticipation as the decisive moment approached. It was August 18, 1920, and the Legislature was about to decide whether to ratify the 19th Amendment. If it did, it would be the crucial 36th state, and millions of women would have the right to vote. If it didn’t, the 19th Amendment might die that day (Bomboy). Earlier that morning, the anti-suffragists had almost tabled the amendment, but the motion had failed, and the amendment was now on the floor for the final vote (Hardy 1). The anti-suffragists were confident though, believing they had just enough votes to tie and stop ratification (Yellin et al. 106).  The chamber was packed as the roll call was read, and one by one the legislators cast their votes. It seemed certain the amendment was doomed, but then the youngest member of the legislature, 24-year-old Harry T. Burn’s name was called. He had voted with the anti-suffragists to table the amendment, and when his name was read, the chamber waited breathlessly.

John F. Kennedy wrote that “to be courageous…requires no exceptional qualifications, no magic formula, no special combination of time, place and circumstance. It is an opportunity that sooner or later is presented to us all” (Kennedy 225). Harry T. Burn certainly had no exceptional qualifications. Born and raised in the tiny town of Niota, in McMinn County Tennessee, he became McMinn’s representative in Nashville in 1919 as a Republican (Brusseau; Hardy 1). When he ran for election, he probably hadn’t expected to be thrust into the center of a national debate, but in the summer of 1920, he found himself participating in one of the most historic votes in American history.

The fight for women’s suffrage had begun in 1848 at the Seneca Falls Convention, but it was only in 1919 that Congress finally passed the 19th Amendment (“The Women's Rights Movement”). However, this victory only opened a wider struggle, and for over a year, the battle for ratification raged in statehouses across America. But by August 1920, only one more state was needed, and that state was Tennessee. Governor Albert Roberts called a special session of the Legislature for August 9th to consider ratification, and anti-suffragists poured into Nashville to make their last stand (“Women’s Suffrage”). They had already defeated the amendment in nine state capitals, and they hoped to finally kill it in Tennessee (Stansell). The suffragists, too, were determined to win in Tennessee and finally finish the ratification of the 19th Amendment. The battle between the two sides turned into a literal “War of the Roses” as anti-suffragists handed out red roses to their supporters and suffragists distributed yellow roses (Bomboy; Brusseau). The amendment had easily sailed through the state senate, but the general assembly was the true battleground (Sims; Yellin et al. 100). It was clear that August 18th would be the decisive day in the suffrage battle, and as the legislators streamed into the chamber wearing their differently colored roses, Harry Burn was among them, a red rose pinned to his jacket (Hardy 1).

Burn had found himself torn as both suffragists and anti-suffragists desperately lobbied him for his support, but the tide of opinion in his district was clearly turning against ratification (Hardy 2). The political leaders in McMinn County also opposed ratification, but there was one person in his district who urged Burn to vote for ratification: his mother, Febb Burn (Hardy 2; Sims). She sent her son a letter urging him “don’t forget to be a good boy” and “vote for suffrage” (Burn).

Burn must have read the letter with a smile, but it helped him make up his mind. He reflected that his mother was college-educated and civic-minded, but she couldn’t vote while far less educated men could (Yellin et al. 117). Burn realized this was simply not right. He was also cognizant, as he said later, “that a mother’s advice is always safest for a boy to follow” (Hardy 4).

However, the men of McMinn didn’t want him to vote for ratification, and Burn knew he was asking for defeat at the next election if he did. He believed in women’s suffrage, but he also wanted to stay true to his constituents, so when a motion came to table the amendment, Burn voted with the anti-suffragists to delay the issue. But the motion failed 48-48, and the amendment came up for the decisive vote (Hardy 2). Burn now faced the decision he dreaded most. His mother’s letter was in his pocket, but the red rose of the anti-suffragists was on his lapel. On one side stood his political prospects; on the other stood what he knew was right. The clerk called his name. “Aye!” he called back clearly. The deadlock was broken, and the chamber burst into wild pandemonium. The 19th Amendment had been ratified by a single vote (Hardy 3; Yellin et al. 117)!

Burn knew he would be reviled for his vote, and he was right. He was labeled a “traitor to manhood’s honor” and accused of taking bribes (Hardy 4). He felt so endangered he hired a bodyguard to protect himself from being physically assaulted (Hardy 4). There is even a story (probably apocryphal) that he climbed out a window and inched along a narrow ledge to escape an angry mob (Smothers). Even his mother was harassed (Yellin et al. 117). When he came up for reelection, hordes of anti-suffragists descended on his district to oust him, and his own party leaders attacked him (“Where the Suffrage Issue Counted”). But amazingly, despite the fierce efforts of his opponents, and even though Tennessee’s suffragist governor was routed, Burn’s constituents rewarded his courage with another term (“Where the Suffrage Issue Counted”).

Burn later reflected on why he risked his career as he did, saying, “On that roll call, confronted with the fact that I was going to go on record for time and eternity on the merits of the question, I had to vote for ratification”  (Hardy 5, Yellin et al. 117). Harry T. Burn was courageous enough to act on his convictions and do the right thing despite extreme pressure and even though he knew it might end his career. His act of courage gave millions of women the right to vote, and his vote should rightfully be remembered as one of the most significant votes in American history.