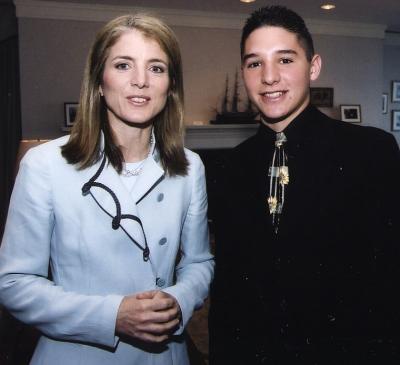 One Man With Courage Makes a Majority

On August 5, 1964, a NY Times headline read, “President Johnson has ordered retaliatory action against gunboats and ‘certain supporting facilities in North Vietnam’ after renewed attacks against American destroyers in the Gulf of Tonkin,” (Solomon & Cohen, 1994). The previous day, the Pentagon announced that North Vietnamese boats stationed in the Gulf of Tonkin had unleashed an unprovoked torpedo attack against a U.S. destroyer ship on routine patrol, and two days later, continued the “deliberate attack” on U.S. ships. For American journalists, the truth seemed immaterial. By reporting government claims as immutable facts, the media virtually set the stage for the longest and undoubtedly one of the most controversial wars in American history.  By its conclusion, the Vietnam War had resulted in nearly 60,000 American deaths and 2 million Vietnamese deaths.

The Cold War period consumed America during the 1960s. Any aggressive Communist move was perceived as a threat to democracy.  Responding to these Gulf of Tonkin reports, nearly all of America jumped to the same conclusion. The overwhelming majority incontrovertibly believed the “nefarious” North Vietnamese had been the aggressors, and the U.S. was not only entitled, but had a duty as a democratic nation, to seek retaliation. Throughout this time of national tension and angst, it would take quite a courageous and valiant figure to seek out the truth and express peaceful aspirations. This man was Senator Wayne Morse of Oregon, and in doing so, he absolutely proved to be one of the most heroic Americans in the twentieth century.

The truth behind the Gulf of Tonkin incident was quite different from what had been reported. Rather than on routine patrol, the U.S. destroyer Maddox was actually conducting an aggressive espionage mission, collecting intelligence about North Vietnamese defenses. In addition, despite the proposal of Captain John Herrick that the ambiguous circumstances surrounding the situation - including darkness, stormy seas and nervous, inexperienced  crewmen - warranted a “through investigation”, Secretary of defense Robert McNamara told Congress there was “unequivocal proof” of the second “unprovoked attack” on U.S. ships (Ford, 1997). As a result, on August 7, 1964, within hours of McNamara’s dogmatic assertions, Congress passed the Gulf of Tonkin Resolution by an astonishing margin of 416-0 in the House and 88-2 in the Senate (Kim, 1999). This resolution, which essentially served as a green light for the Vietnam War, authorized President Lyndon Johnson to engage American troops without a formal declaration of war.  Eventually, more than eight million U.S. military personnel would serve and fighting would spread from North and South Vietnam to Laos and Cambodia. Morse, who was one of the two Senators to vote nay, was “unalterably opposed” to this belligerence.  He dubbed the conflict “McNamara’s War,” and declared “I believe that within the next century, future generations will look with dismay and great disappointment upon a Congress which is now about to make such a historic mistake” (Ford, 1997).

Despite tremendous pressure from the press in his home state of Oregon and nationwide, Morse stood firm in his peaceful aspirations. Even the most reluctant members of Congress took a belligerent position after hearing about the so-called North Vietnamese assault. Morse, together with Alaskan Senator Ernest Gruening, formally opposed the resolution on constitutional grounds.  Article I of the Constitution establishes the president as commander-andchief of the military, but for the purpose of checks and balances, Congress is given the power to declare war.  Under the Gulf of Tonkin Resolution, Morse believed, Congress had surrendered its power, and in doing so, had surrendered the power of the people that it was elected to represent.  n Morse’s words, Congress had given the president and the military a “blank check,” to be paid with taxpayer’s money and citizens’ lives (Brooks, 1999).

Over the next four years, Morse continued to be a paradigm of courage and willpower. He was unrelenting in his search for the truth, and proved to be adamant in his willingness to challenge authority. Despite the injurious consequences that it had on his political career, he dared to question not just the possibility that the U.S. could win the war, but the morality of U.S. involvement as well. He passionately contended that our democratic nation had no right to impose its will on the rest of the world.  On national television in 1964, Morse boldly declared, “I don’t know why we think, just because we’re mighty, that we have the right to try to substitute might for right” (Solomon, 2001). Throughout the war, Senator Morse continued to overtly disparage the deceptive practices of President Johnson and his administration.  He was certainly not afraid to speak his mind, especially taking issue with the fact that the Johnson administration habitually withheld pertinent information from the American public, as it had during the Gulf of Tonkin Resolution.

As is the case for most iconoclasts, Morse eventually suffered the consequences for his political dissent. After four consecutive six-year terms in the U.S. Senate, Morse was defeated in the 1968 election by Robert Packwood. A clever and slick politician, Packwood accentuated Morse’s antiwar fervor during the ardently contested campaign. He repeatedly asserted that Morse was foolish in objecting to the U.S. taking retaliatory action against the North Vietnamese (Brooks, 1999). He believed that by not taking action, American soldiers would be left essentially helpless.  Packwood’s victory undoubtedly can be attributed to this assertion, because although the Vietnam War caused the greatest division in the country since the Civil War, essentially all Americans agreed that the soldiers’ safety was the top priority.

From the time that he was defeated until his death in 1974, Morse essentially became a political pariah in the minds of the American public. His views were controversial, and his attitude, dogmatic. Despite public opinion, Senator Morse indefatigably displayed the resolve and the determination to stand up for what he believed in, not because he was looking for gratitude, but because he truly had the courage to do so. “One man with courage," Andrew Jackson said, “makes a majority.”